Hugh and I have been together nine years. We have been on the medical journey for the entirety of our relationship: first, studying for the MCAT. I still remember the moment when his score came up on the computer screen, and the look on his face showed me he was pleased with how he had done. I have had a lot of those moments since then- determining my level of excitement on said thing based on his reaction. After the MCAT, there was medical school. Step 1, Step 2, and Step 3 followed along with Match Day and residency, in which he sometimes worked 80-90 hour weeks. Nine years of serving in this thing called medicine, and we have three and a half more until the training is finally over and “real life” begins. We will then begin paying off the astronomical debt we have ensued throughout the past decade. When Hugh and I’s relationship began to get serious, I remember many people giving me a mental high five whenever I would tell him what profession he was going into. I was in love, and while I didn’t give it much thought, I too thought this medical life sounded somewhat glamorous. Yet, as the years went on, and the days got longer, I became weary on the journey. And then, this happened:

After traveling to Ethiopia with Hugh and watching him be the hands and feet of Jesus to patient after patient, I suddenly got it. I understood why Hugh had been called to do what he was doing. His compassion for the patients was God-given, his precision with their care was remarkable, and the way that he passionately loved each stranger put in front of him was absolutely beautiful. Keep in mind he was a medical student at this point and was basing each interaction on the little experience that he had under his belt; yet it was not his medical knowledge that was impressive to me. The gift that was so obvious to me was this gift of divine appointments: treating each patient’s physical problem first, and then getting to conversation he was truly passionate about, namely, their spiritual health. I loved watching him do what he was called to do, and I was proud to be the (girlfriend at the time) of an almost physician. 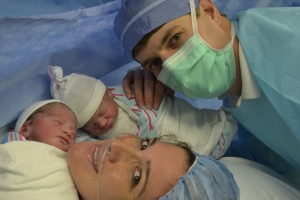 Fast forward five years, a marriage, and two kids with special needs later. When Hugh begin to think about what specialty he felt that he was called to go into, I simply told him I was supportive regardless. While his career choice certainly affected me, I also know that ultimately, he was going to be the one serving in the environment he chose day in and day out; and I never wanted to hold him back from doing what he felt most excited about. As he started to talk to me about pediatric emergency medicine, all I could picture was a lifetime of night shift. I would show excitement to him, talk about how great I thought he would be at it (which is true); yet, my heart felt heavy at the thought of being alone (often) at night with our twins who have special needs. Because the girls do not sleep well, and because the prognosis is not concrete, nighttime broods anxiety for me already. A tiny sliver of bitter crept into my heart, as if to say, “I’m excited for Hugh, God, but what about me?” And then, I received a simple text message that rocked my thinking altogether. It was from a friend who was following a three-month old’s story on the internet. The three-month old’s grandmother had posted on this child’s page, giving details about the first couple days in the hospital. I read these words:

“I’d like to especially thank Dr. Hugh Cheek. I’ll never forget the way he sat beside her bed just rubbing her tiny leg and saying, ‘I just feel like something else is wrong…’…Dr. Cheek came in and we talked a bit more, then before he left the room he looked at my Saved Life t-shirt and said, “By the way, we put our trust in the same place.’ How comforting it as to hear him say that, but his actions had already spoken that to my spirit…just after 3:00 AM the nurse came in, apologized and said that Dr. Cheek had asked for another blood draw. He came in shortly after and said, ‘There’s just something else going on. I have been praying for her all night.’ Thank you Dr. Cheek for listening to the Holy Spirit speak in your spirit for, as we now know, there was something else wrong, and by the time her little tummy started to swell the blood work was already in and they knew a little more about what was going on…another move that I felt saved her life.”

As my heart warmed with pride for my incredible husband, it was spurred even more on to the incredible God that placed a calling in Hugh’s heart almost ten years ago. A calling that goes much deeper than the physical and grabs straight on to that which really matters: the souls of men. Suddenly, I got it. I understood that truly, this grandmother needed Hugh more at 3:00 AM that night then I did. Now, don’t get me wrong. If something were to go on with our girls, with all due respect to his patients, Hugh would be out the door and at our house. Throughout this entire journey, he has made it clear that he was not going to ever put work above family. He has been determined to show me that studying, rotations, patients, and the like would never be placed before the family God had given him. Yet- those 3:00 AM moments in which it feels as if I am all alone at times completely make sense in light of the divine appointments that God has ordained.

Friend, I don’t know if you can relate to this at all. It is somewhat out of the box for my usual posting, yet it was placed on my heart and I am sure for a reason greater than I know. For those of you who have become weary of your spouse’s calling, whether in the ministry, the military, the medical field, or somewhere else, I pray this would be manna for your soul. I hope that this would be a crucial reminder to you that your spouse and you are in this together and that you, too, are ministering to countless lives whenever you see your spouse walk out the door to go serve. This is a joint calling, and God is going to equip you to make it through the journey. You may not ever get to see the fruit of it on earth, but rest assured, the fruit is there. 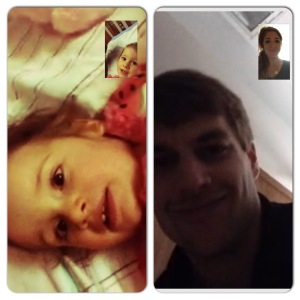 Being a part of many different support groups for caregivers with special needs, I sense so much bitterness toward the medical community. So many people think they are frustrated with their physicians when really, they are simply frustrated with the hand they have been dealt. I get it. I get that, particularly when your child(ren) has a rare disorder, the medical community is learning alongside you. I understand that there are some physicians whose knowledge and bedside manner don’t add up, and sometimes, they simply don’t have the answers. So many comments hurt my heart when I watch others bash the very people that are simply trying to help. Yes, momma always knows best, and a trained doctor has the wisdom to know that, yet could we also take into account that doctors have years and years of experience and training and that sometimes, they actually know what they are doing? Furthermore, I want to encourage you that it’s probably not the doctor that you are upset with. I believe that God is sovereign with every molecule of my being, and I believe that He is the One who is the answer to every mystery and knows all things. Because I believe this, whenever I begin to feel stressed or upset with our team of physicians, I always remind myself to go straight to the Source of All-Control Himself: God. I want to exhort you to go to Him when you begin to have feelings of animosity with the medical community; remembering that they are merely human, too. God’s plans for you and your loved ones are plans to prosper and not to harm, and He promises to work in all things. A good physician knows their limits and embraces their own humanity after all.

The people that God has placed in our lives are gifts to be enjoyed and embraced and cherished. Whenever God calls them to go serve in other realms, may each of us be reminded that God in His sovereign wisdom has determined that in those moments, someone else needs them more. Today, I pray we would appreciate the God-given calling of those around us. When enduring the divine appointments feels lonely, may each of us choose to bring our emotions to God, knowing we are never alone when we are with Him. May all of our 3:00 AM’s be met with grace, from now until forevermore.

2 thoughts on “When You Are Worn-Out With the Calling: On Medicine, Serving, and 3 AM.”